The United Macedonian Diaspora (UMD) sincerely thanks Dr. Fox, who used to serve as UK Secretary of State for Defence, for keeping Macedonia on the agenda in light of the upcoming NATO Summit to be hosted by the UK in September 2014. UMD appreciates the efforts of the UK government to engage with their Greek and Macedonian counterparts to finally bring Macedonia to the NATO table, as it rightfully deserves.

“NATO has a clear decision to make this September, correct the injustice from 2008 and admit Macedonia in the Alliance or further delay Macedonia’s NATO membership. On one hand, admitting Macedonia in the Alliance will make the region, and Europe as a whole, more secure and stable, on the other hand, further delaying Macedonia’s NATO membership will have a significant impact on the country’s public support of NATO, which has always been in the 80-90% range, and may have an impact on inter-ethnic relations in the country,” said UMD President Metodija A. Koloski “Why should Macedonia continuously, with unanimous government and Parliament support, send troops to protect the tent of NATO, yet not be allowed to sleep in the tent?”

“NATO’s ‘Open Door Policy’ cannot be further jeopardized by bilateral issues such as Greece’s dispute over Macedonia’s name, which jeopardizes the security and stability of Southeast Europe,” concluded Koloski.

Dr. Fox: To ask the Secretary of State for Foreign and Commonwealth Affairs (1) how the International Court of Justice’s judgment on 5 December 2011 in the case concerning the Application of the Interim Accord of 13 September 1995 (the former Yugoslav Republic of Macedonia v. Greece) will affect the Republic of Macedonia’s membership entry into the North Atlantic Treaty Organisation; [193391]

(3) what discussions he has had with his Greek counterpart on the Republic of Macedonia’s entry into the North Atlantic Treaty Organisation. [193393]

Mr. Lidington: The UK strongly supports the decision taken by allies at the Bucharest summit in 2008 that Macedonia will be invited to join the Alliance once a mutually acceptable solution to the name issue with Greece has been reached within the framework of the UN. The North Atlantic Treaty Organisation (NATO) Secretary General made clear in a statement of 5 December 2011 that the International Court of Justice’s ruling did not affect this decision and at the Chicago summit in 2012 the allies reaffirmed their commitment to Macedonia being invited to join NATO once the name issue is resolved. The UK continues to strongly urge intensified efforts by both parties towards a resolution of this issue. 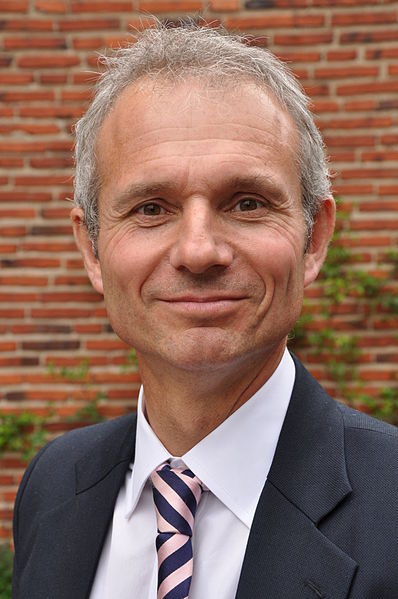 NATO enlargement, including the progress of Macedonia towards membership, is regularly discussed at foreign ministerial sessions of the North Atlantic Council, most recently in December 2013 in the presence of Greek Deputy Prime Minister and Foreign Minister Evangeloa Venizelos. The British Deputy Permanent Representative to NATO also encouraged both Macedonia and Greece to find a solution to the name issue during the North Atlantic Council meeting with Macedonian Prime Minister on 12 February. The Prime Minister, my right hon. Friend the Member for Witney (Mr Cameron), the Secretary of State for Foreign and Commonwealth Affairs, my right hon. Friend the Member for Richmond (Yorks) (Mr Hague), and myself also urge progress towards a resolution of the Macedonia name issue in our interactions with our Greek and Macedonian counterparts.

The UK commends Montenegro’s continued progress towards completion of NATO’s Membership Action Plan process. However, there is still work to be done, notably on public support for NATO, intelligence and defence reform, strengthening the rule of law and overcoming organised crime and corruption. The UK continues to support Montenegro’s efforts, both bilaterally and through NATO.

The UK strongly supports NATO’s ‘Open Door policy’ on membership for any European democracy that wishes to join the Alliance and is in a position to undertake the commitments and obligations of membership to contribute to security in the Euro-Atlantic area. As such, invitations to join NATO will only be issued when aspiring members have completed the reforms which have been identified as necessary and are required of them to meet these commitments.