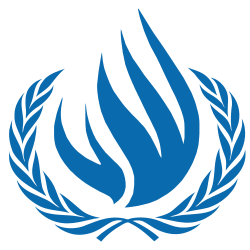 The United Macedonian Diaspora (UMD) congratulates Macedonia on being elected as a member of the United Nations Human Rights Council (UNHRC) for 2014-2016.

“UMD is pleased that Macedonia’s track record in human rights protection was recognized today by 177 UN member-states,” said UMD President Metodija A. Koloski. “Being one of the 47 members of the UNHRC will offer Macedonia an excellent opportunity to advance basic human rights of Macedonians living in countries like Albania, Bulgaria, and Greece.”

UMD believes that after holding the UN General Assembly Presidency in 2008, and the Council of Europe Chairmanship in 2010, Macedonia’s membership at the UNHRC further solidifies its international standing as a nation dedicated to maintaining peace, stability and the protection of human rights worldwide.

Macedonia played a key role during the Kosovo War in 1999 by accepting around 400,000 Kosovar refugees within its borders. It hosted the NATO logistical support center for KFOR, and has been engaged in peacekeeping missions in Bosnia and Herzegovina, Darfur and Lebanon. The country is also one of the largest contributors per capita to the ISAF Mission in Afghanistan.