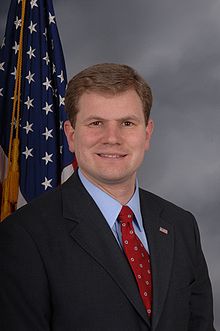 Congressman Maffei was first elected to serve in the U.S. Congress in 2008, and was re-elected in the 2012 election.  During the 113th Congress, he will member on the House Armed Services Committee and the House Science, Space and Technology Committee.

“Congressman Maffei has been a dear friend to our community in Syracuse and throughout the U.S., we are pleased he has returned to the 113th Congress and look forward to working with him in the future,” said UMD President Metodija A. Koloski.  “He has been a strong advocate for Macedonia’s NATO membership, and joined several of his colleagues in 2009 and 2010 urging President Obama and Secretary Clinton to support Macedonia.”

New York is home to over 70,000 Americans of Macedonian heritage, of which a large population live in the Syracuse area.  The Syracuse community congregates at St. George Macedonian Orthodox Church, which was founded in the 1960s.

The Macedonia Caucus serves as a body to maintain and strengthen the positive and mutually beneficial relationship between the United States and Macedonia.

To learn more about how you can get involved, please contact UMD Fellow Ana David at (202) 350-9798 or adonevska@umdiaspora.org.